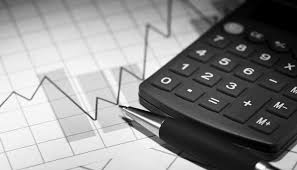 I was able to attend the Cutting-Edge Issues in Asbestos Litigation Conference put on by Perrin Conferences last week in California. It opened with a panel discussing emerging trends in asbestos litigation. The panel included my colleague Michelle Potter, KCIC Vice President, who shared 2015 asbestos claims filing statistics that KCIC has compiled through February 29, 2016. The statistics were similar to those discussed in KCIC’s recently published paper Asbestos Litigation: 2015 Year in Review and were well received by conference attendees, serving as a starting point from which to discuss related issues/trends in asbestos litigation.

One topic that kept coming up — both during Michelle’s presentation and in later panels — was the issue of transaction costs related to asbestos litigation. KCIC’s data for 2015 (as of 2/29/16) shows an increase in the average number of defendants named on asbestos lawsuits — from 64 in 2014 to 68 in 2015. We also found an 8 percent increase in the median number of defendants named: from 50 to 54. Put another way, more than half of asbestos lawsuits named over 50 companies — a change from 2014, when the majority of complaints named 50 or fewer defendants.

As our analysis points out, if we are looking at 5,000 lawsuits filed per year, with each naming 64 defendants, on average, that’s about 320,000 transactions that need to take place. These transactions include costs for having local defense counsel for each defendant respond to each lawsuit, then open a case file and, finally, work towards a dismissal, settlement, or trial.

A member of a panel later that day took the math even further. He estimated it costs $2,000 to close out each of these transactions (he admitted that is likely a low estimate). This cost estimate, multiplied by the 320,000 transactions, gives us an estimate of $640,000,000. The panel went on to discuss the fact that, even though many defendants are named in a suit, the vast majority will get dismissed out. Using an assumed 70 percent dismissal rate, that is $448,000,000 (almost half a billion dollars) per year spent on getting defendants dismissed from cases that they arguably never should have been named on in the first place. Both sides discussed pitfalls with discovery and the due diligence that takes place prior to a suit being filed. However, with the average number of defendants named on a lawsuit increasing, these costs will likely continue to grow — unless something changes.

KCIC will continue to monitor trends and statistics surrounding this issue and share insights of what we’re seeing so far in 2016.