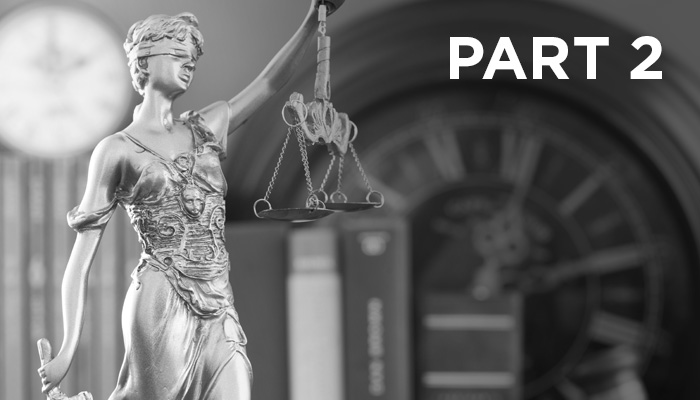 Following an earlier blog post that described my experience at a recent coverage trial, this post addresses two of the main issues litigated at trial: “other insurance” and “follows form”.

The main “other insurance” clause under scrutiny was found in many of the policies in the insuring conditions section. Essentially the clause stated: “If other valid and collectible insurance with any other insurer is available […] then the insurance afforded by this policy shall be in excess of and shall not contribute with such other insurance.” The defense argued that any (and all) primary coverage responsive to a claim would fall into this “other insurance” category, and therefore would have to be exhausted before the excess policies — which contain the “other insurance” language — could be required to pay. The plaintiff strongly disagreed. They interpreted the “other insurance” language to differentiate priority between competing insurance schedules for the same period. For instance, say you drove a delivery truck that had auto insurance and your employer also had general liability insurance and you got in an auto accident on the job. In this situation, there might be multiple policies covering this claim for the same risk.

The plaintiff furthered the argument by proposing that the “other insurance” language issue should be taken up between insurers in the same layer after the insured was made whole for their claim, because at the very least, the clause is not meant to limit the insured’s access to coverage. This point was made even more clear by applying a hypothetical situation. Suppose that all the remaining responsive policies contained the “other insurance” language. They would then, according to the clause, all be in excess of each other, thus eliminating the insured’s ability to receive the coverage that they purchased. This would make the contract an illusory promise since only one side could be bound to perform. In contract law, however, it seems reasonable to think, that the court is inclined to assume that an enforceable contract was intended in the original agreement.

This “other insurance” clause decision becomes even more critical when it is viewed in combination with “follow form” clauses found in other excess policies. A follow form clause is a provision that is meant to incorporate or adopt the provisions of the underlying insurance, or the specific insurance that an excess policy is “following form” to. There can be many issues, such as conflicting provisions in underlying policies and an expansion of ambiguity stemming from already unclear policy language. For example, in our case, the defense argued that excess policies with “follow form” language could incorporate “other insurance” clauses from the primary layer, even if they were fourth or fifth layer excess policies. This only furthers the hypothetical issue posed earlier, making many excess policies excess of all other available insurance, with no clear priority order for allocation of losses.

At KCIC, I have worked on many projects involving similar policy language and insurance program structures. I find it fascinating to see the arguments play out from a front row seat at trial. The stakes in these cases can be very high and the litigation extremely complex. Even the most adroit insurance lawyers and courts find it difficult to dissect the actual intention and meaning of the policies and coverage. By analyzing and presenting the data in a meaningful way, KCIC provided a solid body of argument for our side to stand on.