I was able to spend a few days in sunny Arizona for the 2016 ABA Section of Litigation - Insurance Coverage Litigation Committee CLE Conference. It was great to meet up with so many longtime friends and make some new connections as well.

Among the sessions I found interesting was one that included insights from a colleague of mine. Elizabeth Hanke, KCIC Vice President, spoke on the panel “Where the Math Meets the Law: Valuing State Law on Allocation and Related Issues”. She was joined by insurance coverage lawyers Kami E. Quinn of Gilbert LLP and William Um of Kilpatrick Townsend, as well as Stephanie Sciullo, In-House Counsel for MSA The Safety Company.

The panel’s objectives were to demonstrate some of the hidden complexities in allocation issues and provide some practical tips on how to leverage those complexities to the benefit of clients.

The Law and Past Decisions
The initial focus was on the law and past decisions that are used to prepare models of allocation results. The panelists pointed out that the expertise of courts lies in interpreting contractual language and prescribing overarching rules. However, specific applications of math and potential variables that arise under each of these allocation scenarios are not generally an easy subject to translate into legal briefs or opinions. Thus, even in cases where the courts are very specific in their language, sometimes new questions arise even as others are answered.

The panel looked at a few sample formulations of allocation scenarios from around the country and considered what must be resolved before these methodologies can genuinely answer the question, “How much do they owe?”

Questions That Arise
While the abovementioned decisions are clear in many areas, they do not address some basic questions that arise in real-life situations.

While these are things we deal with and model on a regular basis at KCIC, it was fun for me to listen to the panel and get very excited about the myriad of options available. The lawyers in the group were enthusiastic about the interpretation of the decisions and the policy language, while being more than happy to turn the implementation of the math involved over to an expert, like Elizabeth, from KCIC. 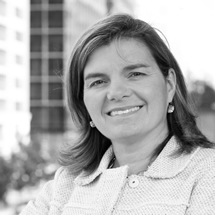