After reviewing the Arrowood Indemnity Company December 31, 2021 Annual Statement, it is clear that Arrowood’s financial condition has deteriorated significantly. The company continues to be at high risk of near-term insolvency, following a path I first wrote about here on Risky Business nine months ago.

Background - Arrowood Indemnity Company is the indirect insurance subsidiary that comprises the run-off insurance operations of Arrowpoint Capital Corporation—owned by RSAUSA management and some outside directors. RSAUSA’s lineage prior to 2006 transaction centered on the British multi-national insurer Royal and SunAlliance (trading as RSA Insurance Group).

In 2014, when OneBeacon Insurance Group wanted to spin out their inconvenient legacy liabilities, I submitted two expert reports and testified at the regulatory hearing, arguing that the transaction should be rejected.

Years earlier, in 2006, I submitted an expert report and testified during regulatory hearings that preceded the management buyout and formation of Arrowood. Arrowood Indemnity has been in solvent run-off longer than Bedivere held out. But the destination appears to be the same.

Capital Adequacy - Statutory surplus declined to $50.3 million at December 31, 2021 from $94.2 in the prior year. Most significant is the resultant sharp deterioration in risk-based capital (RBC) levels. Through year-end 2019, the company exceeded the minimum 200% RBC ratio and was classified as “no action” for regulatory intervention. This ratio deteriorated to 175% in 2020, triggering the “company action level” regulatory intervention that required the company to file a remediation plan with the regulator. The 2021 ratio of 96% triggered the “authorized control level” of intervention skipping completely the intermediate category of “regulatory action level”. As the name suggests, authorized control level of risk-based capital ratios automatically give the regulator the power to take control of the insurer.

Arrowood unhelpfully discloses that “discussions are ongoing with the Delaware Department of Insurance regarding the Company’s business plan”. If the RBC ratio declines to 70% or less the company will trigger “mandatory control” of the regulator.

Reserves - Arrowood made claim payments of $62 million during the year for direct and assumed reinsurance claims, the lowest annual amount paid since at least 2012—and probably since 2006, when the company was sold to management. The company incurred (recognized expenses for) $85 million in loss reserve increases as follows: losses $15 million; loss adjustment expense $49 million; and other underwriting expenses $21 million.

The $49 million increase in loss adjustment expense reserves is particularly striking. It is the largest increase in this reserve in the six years of financials that I have before me. It also dwarfs the increase in reserves to pay claims (just $15 million). Over the six years to December 31, 2021, the company strengthened loss reserves to pay claims by $45 million but reserves to adjust and fight those claims in litigation by a whopping $207 million. This is entirely consistent with anecdotal reports of the company’s aggressive posture in fighting off legitimate claims of policyholders.

Exposure to Opioids, Sex Abuse, Asbestos, Environmental - The financials were silent on potential losses for opioids or sex abuse claims until 2020. That year’s financials had specific disclosures and additional disclosures were added into the 2021 financials.

The largest increase in reserves is disclosed for the line of business categorized as “other liability – occurrence.” That $25 million is offset by a number of decreases in other business lines, most significantly “surety”.

Significant increases were also included in traditional lines of long-tail exposure that require specific disclosure: asbestos and environmental. Net of reinsurance, asbestos reserves were increased $16 million and environmental $20 million. There is often a certain amount of gerrymandering of reserves by business line and exposure type, the intricacies of which cannot be teased out from the financials. But taken as a whole, given the $36 million in asbestos and environmental reserve increases and the significant disclosures about opioid and sex abuse exposures, I am at a loss to understand how the overall increase in loss reserves.

Given that the disclosures about sex abuse exposure focus on two matters (the Diocese of Rockville Center and the Diocese of Brooklyn) located in New York State, one would expect to see significant losses incurred in that state. The required disclosures do include schedules for each state, but the schedule for New York does not record any losses incurred at all—and, in fact, records a release of reserves for the relevant line item.

Overall, I do not have confidence that the company is adequately reserved for traditional and emerging categories of loss.

Going Concern - “Based on the Company’s evaluation, there is no substantial doubt about the Company’s ability to continue as a going concern...”

“Going concern” is an accounting term of art. Values ascribed to various company balance sheet items assume that the entity will continue in business and not be subject to near-term insolvency, generally considered to be in the next year.

Management’s statement appears on the surface rather at odds with the reality of their capital position. However, with the view of one year, now that the company has survived the most intense actuarial and accounting scrutiny in closing its year-end, I tend to agree that an insolvency proceeding is unlikely before the first quarter of 2023. The company does have cash and invested assets of $768 million, and there is no doubt it can meet its liabilities as they fall due for some time.

The substantial doubt is whether it will be able to meet all of its liabilities. In my opinion it is only a matter of time before Arrowood enters an insolvency proceeding. The next danger point will be in closing the 2022 books in early 2023. The company’s aggressive coverages defense positions and spending may well delay the day of reckoning, but a significant verdict in an emerging category of liability could well accelerate matters.

I will continue to analyze financial data as it is published.

My other past posts on this subject:

If This Isn’t Wrong, Nothing is Wrong

OneBeacon Five Years On: We Told You So!

OneBeacon – From Bad to Worse 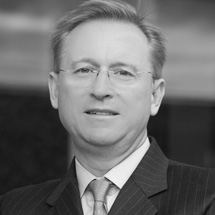